A year before the babe came on the scene, my husband and I took a three month sabbatical and went travelling. It was something we’d dreamed of and talked about doing for a long, long time, but we just didn’t think we could do it for various reasons. Money was obviously a big factor, we had some savings but that’s exactly what it was for and we were worried about spending it, just in case we needed it. What we would do with our house was another, who would look after it? And we also just assumed that our respective employer’s wouldn’t let us take the time out, especially as the husband had not long been in a new job. We put the idea away in our minds until we were finally spurred into taking the plunge after a good friend of ours Carl, tragically died from cancer. As we sat in his funeral, the Vicar read out Carls birthdate, he was only a few weeks older than the both of us. In that moment we realised, life really is too short. The next day we made the decision, we were going to do it, we were going to go travelling.

Carl’s funeral made us realise that, what’s the point in having money in the bank if one day suddenly, you’re not there to use it? We decided that spending time and experiencing something amazing together was far more important that having a ‘just in case’ account. And despite it being another big reason not to go, talking to my employer wasn’t so difficult after all. I’d been working for them for a long time and was honest about the reason for suddenly making this decision to go away and I made it clear that I would be coming back (I needed to!) after the sabbatical. I was very up front about everything which hopefully made their decision making easier. They came back with various requirements like ensuring all my work was covered (an obvious one) and training at least two members of staff on certain things, oh and my leave was unpaid, yay, but once we all agreed on everything they said yes. As my brother had said to me, in the grand scheme of things, they really had no reason to say no.

Planning could finally start and as three months away was all we could afford, we had to downsize our original dream plans of travelling, well, the world! We wanted to do the biggies, namely Australia and New Zealand, South America had to be ruled out due to time, so we took to planning around the first two. Organising where to go and what to do was great fun and took our minds off the fact that we hadv to get through about six months of work before we left! There are so many people who have been travelling and blogged about it, there’s a huge amount of practical information out there, not just in your Rough Guides or other standard tour books. After much deliberation, our final itinerary was decided: Bangkok, Cambodia, Vietnam, Singapore, Australia East coast, New Zealand, Fiji and finally, finishing in LA. It was going to be a whistle-stop tour to say the least!

We left soon after the London Olympics finished, a requirement from my husband that we stayed to see that happen, and my parents dropped us off at Heathrow airport. After months of only feeling excitement, panic set in. I had a good cry as I hugged my mum tightly, it was all feeling very real and three months away suddenly seemed like forever. Having never taken a Gap Year, this was my first actual time away from home, not counting holidays.  I’d never done anything like this before, what was I thinking!! My husband had to do a bit of tough love talking to get me to stop being sad, this was the start of our adventure, I couldn’t be sad! Oh and, some Prosecco helped cheer me up too. I needn’t of worried. Nothing bad happened while we were away. Despite torrential rain over Christmas our house remained standing. Our lovely neighbours kept an eye on it for us. All my family were fine, nothing changed, it was almost like we hadn’t left. As expected, everything carried on as normal while we were away. There was nothing for me to worry about. 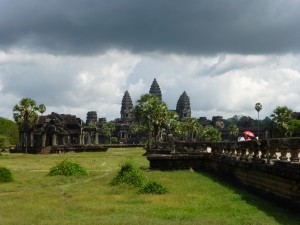 We had the most amazing trip, being away was (and to date is) the most exciting thing I’ve ever done. It was a wonderfully positive, eye-opening experience. We met only warm, friendly people, happy to chat about their lives and share a beer or two. We saw the most spectacular sites that blew us away, we jumped out of a plane (yes, really) and even got caught up in a tsunami warning, it was a HUGE adventure. There is so much out there to be discovered, we merely scratched the surface in our three months. To this day, we often talk about our time away and make wild plans to ditch everything to go and do all again (albeit this time with a little person in tow) We day dream out loud, of being back in a camper van in New Zealand, of showing our daughter everything that we saw, and everything that we missed.

My point to this post? If you are thinking about or considering travelling, my advice? Do it! All our reasons for not going, were blown out of the water when we were sat in our friends funeral. Our worries about our house were smoothed over by helpful neighbours and my parents who checked it every now and again. Despite assuming our employers would say no to our leave, they said yes! In theory employers want happy workers, so why would they say no? And as I said, planning where to go was simple, just get reading blogs!

If you’re stuck in the hum drum of life over here and have an opportunity to travel, what have you got to loose? Sometimes it takes something drastic, like the loss of a friend or loved one, or a change in situations, to make you take that first big leap. Sometimes we just need a little push in the right direction. Do it x 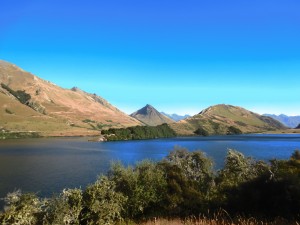