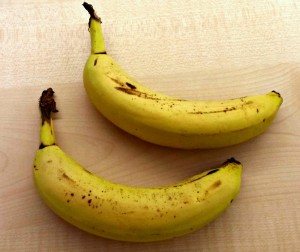 I saw a skin specialist who despite prescribing creams to initially fix the problem, was next to bloody useless. He wasn’t interested in getting to the root of the problem, he just wanted to put a sticky plaster over the whole thing and send me on my way. He did, however refer me to an allergy specialist back in March 2015, who did skin prick tests on my arm to rule out a food allergy. I was tested for reactions to potato, tomato, wheat and dairy and also pollen and the house dust mite. I didn’t react to anything. The specialist assured me that whatever was going on, wasn’t linked to food. He told me that it was highly unlikely that I could develop a food allergy as an adult. He gave me some ‘helpful’ tips though: don’t shower daily (thanks!), take up yoga, try not to get stressed (I did tell him I had a toddler), try and get in the sunshine (in this country?!) and start taking probiotics, changing them every few weeks so I didn’t become used to the same one (do you know how much probiotics cost??!!) Again I left feeling let down.

What happened was this, I struggled on hoping it would all just disappear. My mouth calmed down massively after using the new creams I had been prescribed, so that wasn’t really the problem anymore, it was the strange dry, red patches either side of my nose (thank god I’m married already). Every now and again I’d cut out a random food, convinced that it was the cause, only for my mini experiment to prove fruitless. I spent hundreds on vitamins, supplements to add into smoothies, chemical free makeup, new face creams, paraben free soaps and shampoos, the list was endless. I tried everything and anything but nothing helped. Then in July, a week before going away to a music festival for a few days, I ran out of bananas, my daily smoothie addition. At the festival again I didn’t have any bananas, so I had about a week or so banana free, and what do you know, the patches cleared up!! Even after being away at a sweaty, dusty festival I came home minus my patch friends. Once back, I remained banana free for a while, tentatively hoping this was the cause and to my amazement the patches stayed at bay. It was so bizarre, after nearly seven months of not knowing what the heck was going on but happily making my banana based smoothies every day, they were the cause. The not-so innocent banana! (shakes angry fist in banana’s direction)

Since this discovery I have stopped eating bananas altogether (obvs) and I haven’t had an outbreak since. If I do eat anything with banana in it, the dry patches appear again but disappear within a few days. It’s so crazy that I still can’t quite believe it myself. In all honesty, what I think triggered this whole outbreak was having a baby (I blame her for everything 😉 ) no seriously I do. I had my baby in March 2014, I breastfed for a few months then stopped, my period returned in October/November time and suddenly my body goes nuts (or bananas). I’m certain that this was the cause for me to suddenly develop an allergy or intolerance out of nowhere. Thankfully now, apart from looking like a total spud, my face is completely back to normal. To anyone out there experiencing the same, if you do see a specialist, just because they are the ‘professionals’, don’t be disheartened or put off when they tell you that your problems are not caused by food, it may not be the case! Think about what you eat and drink every day, try cutting out certain things, it’s worth a try if you can get to the bottom of your problem. Until next time, here’s to staying banana free 😉

8 thoughts on “Skin Problems | Am I Allergic to Bananas?!”

First one without you - Miss you Pop’s 💖✨

From not going out in over a year, to going out th