When it comes to talking about fertility problems, some prefer to keep theirs behind closed doors. Perhaps fearful of confirming their issues out loud, of letting others know or perhaps fearful of letting emotions get the better of us. Not being able to have a baby is a hugely emotive topic. But having problems getting pregnant isn’t something we should be ashamed. If someone asks the question, ‘so when are you having another one’, they shouldn’t be surprised when they get the truthful answer of, ‘we’re having problems with that actually’. I shared a photo on my Instagram page recently and the positive response that it had overwhelmed me. Several women shared their own stories of fertility problems and just knowing that others have walked the same path helped immensely. 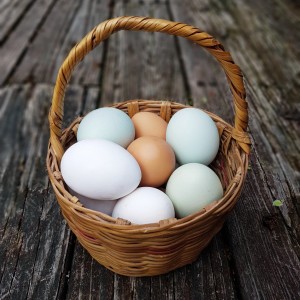 My husband and I have always known that we wanted more than one child. But whilst all my peers around me are having their second, even third babies, we’ve been trying for over a year with nothing to show for our efforts. After having a chemical pregnancy last December, my hormones have been all over the place. My monthly cycles are all over the shop, I experience really strong cramps and pain a few days before and during my period and I get nausea around the time my period is due. I can’t recall a month in this past year when I haven’t been in some kind of pain or other. I’ve had ALL the NHS fertility tests, more people have looked into my hoo-ha in the past year than they did when I gave birth. And there is nothing obviously wrong, with me or the Mr, it’s just one of those things, so they say.

I was advised by the NHS Consultant that we saw (who was utterly useless) that I may have mild endometriosis. Under the NHS I was offered an operation to check this. However minor surgery is not to be taken lightly, and I wasn’t offered any advice as to whether or not I actually needed this operation. I was just told, ‘go away and come back in a month and tell us if you want it’. After reaching this stalemate, we opted to see a private specialist who was amazing (obviously, as you’re paying to see them) After a really in-depth chat I was told that I’m probably not ovulating regularly hence my crazy cycles. This was a shock as it wasn’t something I’d considered, also at no point was this raised by the NHS consultant we saw, despite me querying why my cycles weren’t regular. The specialist gave me four options: to do nothing, have the operation to see if I have endometriosis (which he advised against, it’s more successful with younger women apparently *weeps*) To try Clomid, a drug to help you ovulate or try IVF. Now IVF may be an option but would probably be a last resort, so we plumped to try the drugs.

I came away from the appointment feeling like a weight had been lifted. I finally had an answer, a reason as to why I may not have been able to get pregnant again. I had a plan of action. There’s nothing like having a plan to get you feeling back on track. Cycle one on Clomid was fairly uneventful bar some mild pain around ovulation, however the cycle I am currently on is a different story. I am on quite a high dose of the drug and I think it’s hit me hard this time. I’ve been experiencing lower abdomen pain, sickness, erratic emotions and random weeping, which is nice. And I mean proper weeping that grabs you at completely inopportune moments like driving the car, talking to your cleaner or walking into a shop, awks. This is the Clomid crazies so Google tells me.

I’ve reached a point where I feel like something needs to give. I am desperate for another baby but also, I am desperate to feel like me again. I am fed up of the eternal disappointment, of false hope, of thinking and talking about babies, of the emotions. I want a month where I don’t over-plan and over-think things in my head, ‘I can’t go to that party just in case I’m pregnant by then’ and then this doesn’t happen, and I curse myself for having those thoughts. Part of me feels like I need a break, a getaway somewhere. I’ve been looking into yoga retreats, because the idea of peace and quiet, candles and maybe some chinking bells all seems rather lovely. But then again, I don’t even do yoga and the poses make me break wind (seriously) The reality is that I just need to keep going. I need to keep on trucking, to stick at it and accept what is happening because what else will I do? And because hopefully in the end, we will have a positive outcome.

One thought on “Have We Got Fertility Problems?”