This post was supposed to be something else entirely. It was about now that I was due to share my exciting news with you all. News that I’ve literally been planning in my head for weeks now.  I’ve tried not to let my mind run away but you can’t help it. Finally after two and a bit years of trying for a second baby, our IVF back in September was successful. We were that couple who just needed a little IVF help and it worked first time! I’d finally allowed myself to buy pregnancy vitamins and let myself glance that little bit longer at women with bumps thinking, ‘me soon’. And our awesome daughter was finally going to be a big sister. But, oh. 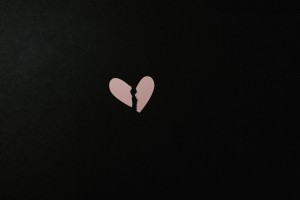 With our IVF clinic, I had an eight week scan which showed a blob with a furious beating ‘heart’ (the inverted commas because it’s not really a heart yet) I’d been feeling incredibly sick, the good diet had gone out of the window, the hockey had stopped, we were making jokes about how I was going to ‘pile on the pounds’ this time round. The pains I was experiencing were so much worse than with Olivia and I was quite panicky about a potential miscarriage, but the sickness gave us quiet confidence, that’s a good sign, right? Having a miscarriage was on my radar massively this time round whereas it hadn’t been at all with Olivia, but you just secretly hope it won’t be you. My husband came to all of my scans, but a private one I’d booked with a clinic in London I went to alone. I can’t quite describe it, but something felt wrong from the moment I entered. Maybe I had a sixth sense. I was kept waiting for quite a long time which annoyed me, then was lead into a really dark, huge room with all the medical equipment in the middle. I felt uncomfortable, out of place. I got myself onto the bed and the Consultant literally didn’t give me a moment to gather my thoughts, she stuck the jelly and the scanner on my tummy and straight away said, ‘There’s no heartbeat, I’m really sorry’, and that was that. My only response was, ‘What?’ The next moments were a blur, she said things about ‘not your fault, often happens now’. I couldn’t hear her, she sounded far away. I wanted to go home but she made me get back on the bed so she could complete her measurements. After an incredibly awkward time of standing around while she finished her report, she lead me back to the reception, whispered to the receptionist as I sat down to pay, stunned, everyone in the waiting room starring at me. I left the clinic in tears, phoned my husband and made my way home, crying on the tube.

The rest of the day was a dream. I honestly truly believe that, just like the film Sliding Doors, another Emma in another realm somewhere left that very same clinic clutching photos of her perfectly normal scan, with a big smile on her face. My husband and I sat at home in shock for a few hours, not really knowing what to do or say, other than how shit and unfair it was. We were due to fly on holiday to Tenerife the next day and we really wanted confirmation that that private scan was correct. I managed to get into the Early Pregnancy Unit in Kingston Hospital that same day, and we spent a long three hours waiting to be seen. Sadly, despite internally hoping, wishing and praying to whoever might be out there willing to listen, the scan confirmed what I’d been told. Did I want to look at the screen? No thank you. From that point on, mentally, I was no longer pregnant.

Deciding to go away on holiday was a hard decision to make. We didn’t get back from the hospital until 7pm, and we still had to pack and, if we were going, get up at 5.30am. We discussed it at length and decided that because nothing had happened to me physically yet, and because we were only flying to Tenerife i.e. not a third world country, we would still go. We made sure we knew about our medical cover and where hospitals, chemists etc might be and I took a tonne of sanitary pads with me. The flight was the worst bit, I panicked as soon as we took off that something was happening. My poor husband had an initial hour of the kid massively misbehaving and me having a huge panic attack. But everything was fine, obviously nothing happened on the plane and we made it to our hotel unscathed.

Unsurprisingly our holiday was tinged with sadness. We kept joking that, ‘this would be great if only .. ‘ I drank and ate all the things I shouldn’t have been having, it was like the whole pregnancy thing had never happened. Were the last few weeks even real? For the main part I was fine, I had a weep on day two because I clocked a very pregnant woman sat near me by the kids pool and I felt intense moments of sadness at times. I also found myself getting really angry that I still looked pregnant. My enormous boobs that I’d been so pleased with I wanted gone, how dare they still be there to remind me. And I found myself daydreaming a lot, looking for magical signs. A sign that would tell me everything was going to be alright, that the last week had just been a dream.

I managed to book myself in for an ERPC procedure (Evacuation of Retained Products of Conception, lovely) whilst we were away. I didn’t want to wait for my body to deal with it naturally, I wanted everything over with. And now that’s done, part of me feels relief but part of me also feels missing, literally. The week of the Op was by far the hardest, I’ve never known emotions like it. To have been pregnant and then suddenly you’re not, it’s the strangest, weirdest, cruellest thing. There were so many tears, I felt empty, numb and angry, so angry about all of this, how dare my body do this to me. But last week is over with and time is definitely healing, as the Consultant who held my hand as I was crying said, ‘give yourself time, time will heal’. Simple words but I know they are true. And weirdly, after putting a post about this out on Instagram a few days ago, the out-pouring of love and sharing of stories from women who have literally just gone through the same situation has given me strength. So talking, talking about my situation and what I have been through helps too. Ultimately I want to be able to move forwards, to get on with my life and to get back to normal (whatever that is)

4 thoughts on “A Missed Miscarriage”