For some reason, when things weren’t working as easily as we had hoped in trying for a second baby, I always had it in my head that we would try IVF. But I’ve no idea why this thought was in there? Why did I think this? Perhaps because I know a lot of people who have had it and it’s worked, perhaps because I follow lots of people on Social Media who have been through it. Maybe that’s why it was already implanted in my mind. Definitely one reason I’m sure I was considering it, was because of my age – there is something akin to doom when you are a woman nudging 40 in the fertility world, think flashing klaxons going off, warning of your ovaries about to shut down. Ultimately, however, if I am honest, deep down I thought that IVF was the answer to our problems. I thought it was going to be the easy route to getting what we wanted. 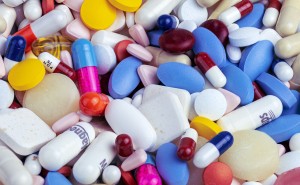 A private consultant we saw in the months before we started IVF urged us not to do it. We had tried three months of Clomid unsuccessfully with him but he was adamant we could explore other options first. His reasoning being that IVF was, ‘very stressful and should be a last resort option’. My husband had wanted to heed this advice but I persuaded him otherwise. My mindset at the time was, why continue to throw money at the consultant when we could pay for a one fix scenario? I felt that there was almost a tick list we were working against, we’d tried the natural route, we’d tried clomid (which everyone told me would give me twins, nope) so for me I believed it was the next thing that would help us get pregnant.

From here we bowled headlong into treatment, pretty clueless about what was to come. Our first round was cancelled, our second worked but I had a missed miscarriage and our third, which was done with a frozen embryo (FET) lead to a chemical pregnancy. Nothing prepared us for these outcomes. You have an appointment with a nurse and your consultant before starting each round, during which you are given an inordinate amount of information with various statistics etc, but you don’t necessarily take in what you are being told, well I didn’t anyway. Ultimately the simple truth is, you enter a fertility clinic and expect to leave pregnant (obviously not the same day, now that would be incredible science) at least that’s what I naively thought. I didn’t expect to be two years on from trying IVF, without a baby.

Personally I found IVF to be an emotional roller-coaster of a ride, and I don’t mean a fun, screamy one. It was full of plot twists and turns that Agatha Christie would be proud of. I remember one frantic day when our clinic made a call to cancel my first round because I didn’t respond well to the drugs. Trying to get to the bottom of why this was done and agree a way forward, all by a deadline time they had given us in which to make a decision by, involved trying to organise a conference call with the clinic, me at home and my husband at work. It was unbelievably stressful. There is also the madness of the constant waiting to find out how things have gone, whether your scan is OK, whether your pesky follicles have done what they are supposed to have done, whether you’ll even make egg collection and then how many eggs they manage to get. There are so many variables. Quite simply, we weren’t prepared for what IVF really entailed. This is my own experience and I’m not knocking it by the way, it can of course be absolutely wonderful. It gave some family members their children, I have four friends who have had their babies through it and several people I know in the world of Instagram who have had babies through it, but for me and for those that it doesn’t work for, I think it leaves you with lots of unanswered questions, lots of ‘why’s’. It’s safe to say we have emerged the other side never, ever wanting to do it again.

One issue I realised with IVF and certainly what I found with it, is that they are not treating the route cause of whatever is stopping you getting pregnant, they are there to do IVF and this alone. When I flagged to my consultant that I felt there was something wrong with me that was preventing us getting pregnant, that wasn’t showing on the generic tests carried out, whilst he didn’t brush my comments aside he did say that we would, ‘probably never find out what the problem is’. This frustrated me so much. It’s that whole, ‘one box fits all’ scenario and anyone outside this box for whom IVF doesn’t work may never find out the reason why. This is a whole other wormhole of how I think things could be run better in the fertility industry in this country, how more aligned I think things should be and how I think the NHS should run simple immune tests alongside their fertility tests before putting women through IVF when it’s perhaps not needed. Obviously for some it is absolutely needed but it’s not for everyone who is put forward for it – or who puts themselves forward for it. *stands down from her soapbox*

Ultimately I feel that we headed down the wrong path with IVF. We peaked too soon, as it were. We’re now in our fourth year of trying for a second baby and we essentially have four failed rounds of treatment behind us, including the clomid. I guess this could be seen as a negative but I suppose in the world of fertility, somewhat frustratingly this has all been a learning process. Dare I say that it is only in going through what we have gone through, that we now finally find ourselves heading down the right path. Had I not had my miscarriage and spoken about it on Instagram back in November 2017, then I wouldn’t have been contacted by two different people who recommended the Doctor we are now seeing. And in seeing this new Doctor we now know that I have two immune issues that are potentially preventing me from getting pregnant and are perhaps what caused my miscarriage, we will never know but it’s a possible answer for me.

The long and the short of this post is that for us, IVF certainly wasn’t the quick fix solution I thought it would be (although for some it can be). We realise that we didn’t and probably shouldn’t have had it so soon and for us now, it will be our very last option, it’s something we want to avoid if possible. But hindsight aside, as I have said, it’s going down this route that has lead us to where we are now so I am trying not to berate myself too much for making the decisions that I, ultimately pushed for. It is what it is and I can only look forwards.