In my last post about my skin, I told you how I was suffering from a horrid rash around my mouth. My Doctor had given me antibiotics to treat this and although they seemed to be working at first, within a few days the symptoms started to reappear. Along with this, I’d also started to get some sort of reaction around my eyes, double yay! To say I was feeling pretty low is putting it mildly. Any catch ups with friends that I had scheduled in January, I cancelled, seeing only my family and husband. I just wanted to hide away in a corner until it all went away. Despite all efforts, my mouth rash and the small bumps seemed to fade one day, then reappear the next, I felt like I wasn’t getting to the route cause of whatever the issue was. The patches underneath each eye which had randomly started seemed to get worse, to the point where they were so swollen in the morning, I had to ice them. I looked like I’d done ten rounds in the boxing ring.

I read a lot online about how fluoride, parabens and sulphates in your everyday items like shampoo, conditioner etc can cause eczema to flare up so I decided that I wanted to swap items like these, for more natural ones. I paid a visit to my local health shop and bought Jason Aloe Vera shampoo, conditioner and Faith in Nature hand soap. I got chatting to the lady in the store who (!!) recommended lots of supplements to try. There was L-Lysine for my mouth, Allicin as a natural antibiotic (garlic), a Probiotic (which was £30!!!), some eczema skin samples and Jojoba oil, which is supposedly good to put directly onto dry, sore skin, hmmm. Well, lets just say I walked out £80 poorer and possibly with the word ‘sucker’ stamped on my forehead. 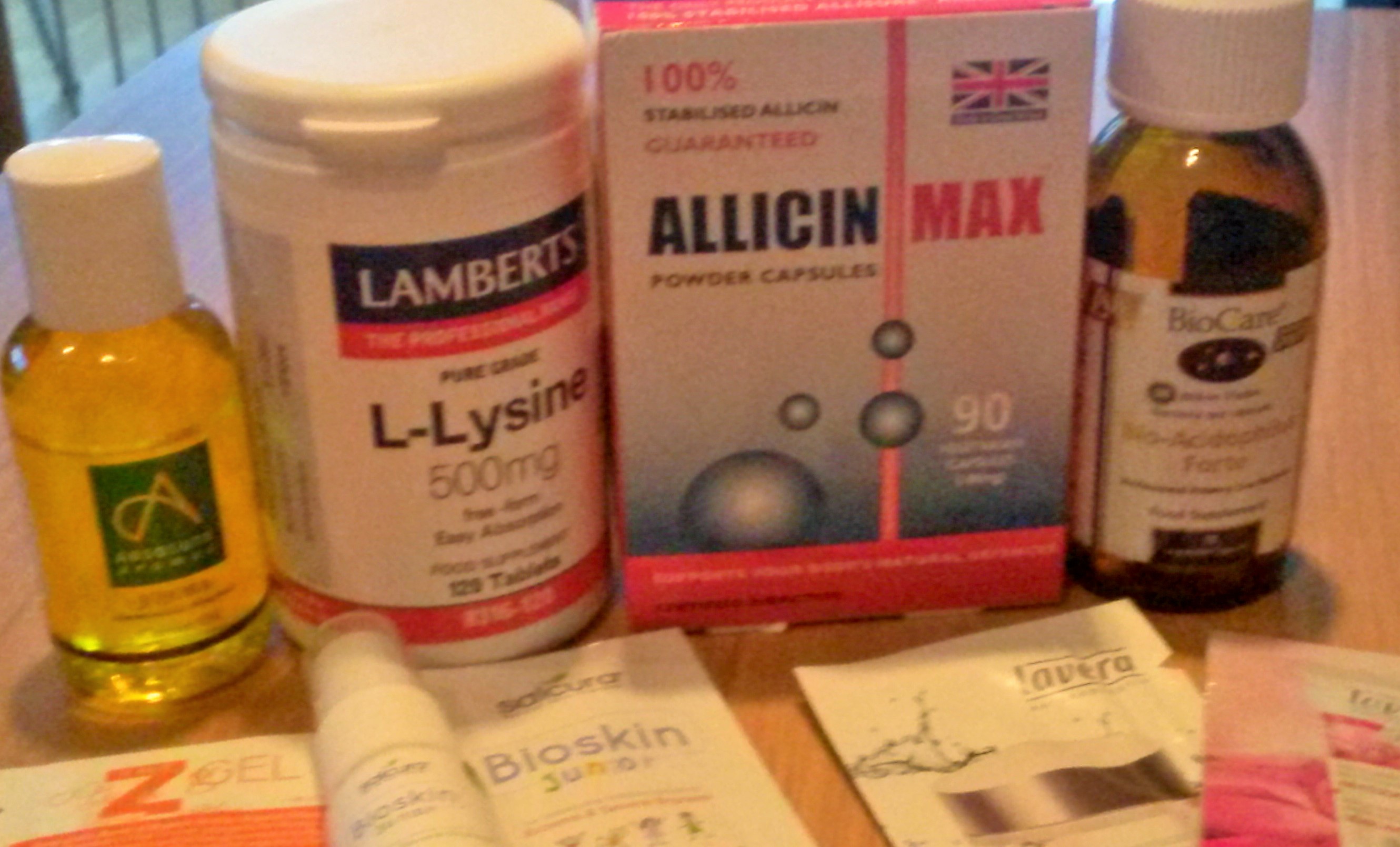 I found this site where blogger Catherine talks about her past issues with eye eczema. The photos she has in her post about it, are exactly how I looked at the time (minus my eye swelling). She swears by Dr Organics Manuka Honey Rescue cream so heck why not, I ordered myself a tub of that too. Lets just say that my credit card took a HUGE hit in January! Despite my endless cream applying, my eyes weren’t improving fact my eyes seemed to be getting worse and they also started getting very itchy, which cost me four nights worth of sleep as I’d wake up itching and scratching my face in the middle of the night. The red rash around my eyes would come and go, I noticed that it wasn’t there first thing in the morning, but as the day progressed it would appear, then disappear, occasionally reappearing later on in the day. It was all very frustrating and confusing. There seemed to be no obvious trigger to it all. I finally got on the case and made an appointment with a Dermatologist who took one look at me and said I had eye eczema, perioral dermatitis around my mouth and the swelling under each eye was a severe reaction to something. He prescribed me a myriad of creams, everyday use ones, strong steroids and he referred me for allergy testing. Now, having been doing my research online and having been told by my Doctor that the initial cause of my mouth rash was overuse of steroid cream, to be prescribed more steroid creams was really worrying. I raised my concerns with the Consultant and he agreed that steroid creams probably were to blame, but he said to treat my skin, we needed to use a different brand of cream to what I’d used before, let my skin clear up, then discuss ‘withdrawing’ from the steroid cream. He also told me to stop using any other creams and stop taking the antibiotics that my Doctor had prescribed.

I came away feeling a bit deflated after the appointment, there’s something about seeing these specialists, I always get the feeling that they have the ‘I know best’ attitude. I didn’t really feel like he explained everything to me or really listened to my questions. I wasn’t sure whether this was the right route for me to go on, taking the steroid creams again. I felt like I was letting myself down (my body down), I was confused to say the least. Despite my reservations, I was desperate for the eczema to clear up so I started using the creams and within a day I could see a difference. My flaky, dry eyes started to heal and my mouth rash began to die down, hallelujah! However, the downside was that the red patches under my eyes remained. It was at this point I started to put two and two together. I noticed that the red rash around my eyes occurred after I had my morning coffee and occasional afternoon espresso. As an experiment I cut out all caffeine and my mask  hasn’t appeared since and it’s been nearly a month now. How strange that I’ve drunk coffee for almost ten or so years now and never had this reaction?

I put this whole, god awful episode down to a few things, one yes from massive overuse of a steroid cream on my face and two, a reaction to coffee (or perhaps something else?) and thirdly, from having a baby! Yes, I mean it! I’m convinced that since having my baby and my periods re-starting, something has gone on with my hormones and my body has reacted in some way to perhaps the loss of hormones somehow? I don’t know obviously, it just seems to make sense to me. I can’t find anything on this particular theory but I know my own body enough and can see the obvious timeline. I am convinced these factors were the triggers to this eczema episode. I’d love to hear from you if you suffer from Eczema too, or if you have tried any natural makeup/general products and have any recommendations x

First one without you - Miss you Pop’s 💖✨

From not going out in over a year, to going out th