Over the past ten years or so where I live, I’ve started to see a real change in the eateries that are on offer. Existing venues are having makeovers, Pubs are re-vamping for the better and there is an award winning restaurant right on my doorstep (sort of) There are also a plethora of coffee shops but stray away from the high street and you can find yourself a little piece of France right here in Surbiton. The French Tarte treats surbonites (a real word) to delicious freshly baked pastries, bread and coffee, our very own boulangerie. They do the most amazing chocolate brownie *drools*. They also host a supper club and do afternoon tea. It’s a bit of an all-rounder basically. Now when it comes to afternoon tea, I’d like to say that I’m a bit of a connoisseur. I’ve sampled a fair few in my time. There’s nothing quite like a load of savoury food followed by cake, washed down with a nice cup of tea or in my case, a glass of champagne. So would The French Tarte live up to my expectations? 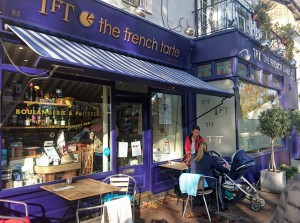 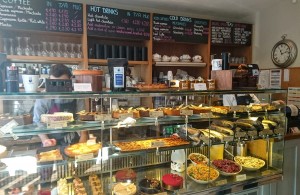 END_OF_DOCUMENT_TOKEN_TO_BE_REPLACED

Coffee, it’s wonderful stuff isn’t it. Dark, rich, velvety, milk-foamy, chocolate topped loveliness. Making and drinking it has become part of my daily, morning routine. It signals the start of my day and often gives me a much needed kick-start, especially if the kid has been up wailing in the night. A favourite past time of mine used to be sitting in coffee shops, watching the world go by *sigh* but those days are long gone. Nowadays, going out for a relaxed cup just doesn’t have quite the same appeal as it used to. A trip to a nice coffee shop now is actually a mission in itself, requiring tactical planning in advance. Something that was once so easy, can now be a tad stressful. After a recent visit to one establishment, I left with some serious top lip sweat, red faced and apologising to people as I went after the kid launched a muffin at someone, forced people to wave at her by shouting ‘ALLOO’ at them in her best Danny Dyer voice, she shrieked a lot as I attempted to remove my cake from her hands (her anger resulted in the aforementioned muffin throwing) and she finished off by doing the crocodile death roll when I attempted to get her back into the buggy. I’m fairly certain I saw the entire shop heave a collective sigh of relief as I exited. 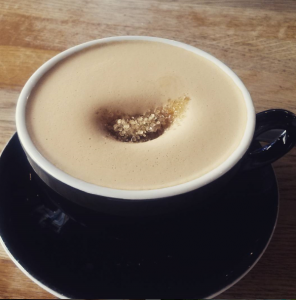