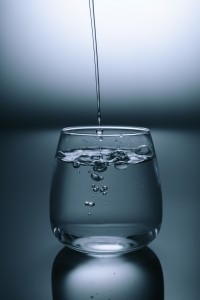 Amazingly, the ‘not drinking’ bit wasn’t as hard as I thought it would be. The main reason being that my husband wasn’t drinking either, and challenges like this are much easier if someone else does it with you. I’m fairly certain if he was still having a glass of vino I would’ve folded much sooner. We both found not drinking mid week was fine actually, it was Friday however that we found the hardest, as having a drink come 7pm is part of our usual routine. Fridays signal the end of the week, the start of the weekend, a change from the normal routine and the start of having a nice glass of wine or three. This was the day when we’d both look at each other, waiting for the other to crack but actually once Friday was over, the rest was easy. Saturday sees us both playing hockey for most of the day, and once that’s done, providing we both avoided the Club House bar like the plague and came home straight after our matches, we’d come back shattered so just chilling out, cooking and watching TV was fine, we didn’t miss the booze. To make up for not drinking, we got ourselves some Bottle Green cordial and had this mixed with fizzy water, it’s really tasty and sort of makes you feel like you’re having a vodka type drink (sort of).

A big thing we noticed about not drinking (and our joint account noticed), was that throughout January, we spent a lot less money on takeaways and used a lot more of the food we already had at home. Usually by Friday, having cooked meals during the week I can’t be bothered to do the same at the weekend, also I don’t know about you but once I’ve had that first glass of wine, the desire to cook goes out of the window. So off goes the oven, and out comes the takeaway menu, or one of us will nip to Waitrose to do a ‘quick’ shop which always costs forty plus pounds, both these options are expensive, and dent a big hole in the bank balance. We found that not drinking meant we were more savvy with food, and rather than being down money wise at the end of the month, which is often the way, we had a bit left over, which was a bonus given that January is a tough month.

One thing I personally noticed, was that being hangover free meant I was far more relaxed at the weekend about who did what with the kid. Come Saturday, because I look after her full time I can often start to feel a bit tetchy and resentful if I don’t feel the Mr is sharing looking after her, which can often lead to bickering. But with us both being hangover free at the weekend, the kid spent a lot less time in front of Peppa Pig and we all spent a lot more time outside. Sunday’s saw us in the park, at our hockey clubs or going for long walks, things that we wouldn’t necessarily if one of us (or both) was feeling rough (don’t feel bad for her, I do all this stuff with her during the week) In doing more things altogether, there wasn’t any need to feel resentful about who was doing what.

Probably the biggest observation I made about not drinking, was that I realised how often I’ll reach for the wine if I’ve had a stressful day. Probably without thinking, once she’s in bed I’ll pour myself a glass as a ‘reward’. That glass of wine, often turns into two or three, which in turn leads to a bad night’s sleep and the inevitable grumpiness the next day. Dry January made me acknowledge that I probably do drink a bit too much during the week. I often use the kid as an excuse to reach for that glass, whereas in fact, if I’ve had a bad day with her, by not drinking, come 8.30/9pm any bad mood or stress has calmed and not having that drink actually made me feel a lot better. I won’t lie that quite often a big, fat glass of sav blanc is often needed but casual mid week drinking is something that I’m going to try and cut down on going forwards.

And the downsides to not drinking all month? Our chocolate intake increased MASSIVELY! By not drinking, me and the Mr clearly felt we needed a treat from somewhere, and we found that treat in chocolate. It didn’t help that we had a tonne of the stuff left over from Christmas which we willingly ploughed through, replenishing stocks when needed. Because of this, any potential weight loss through not drinking hasn’t been noticed but hey ho, that wasn’t why we did this. Not so much a downside but we didn’t see any improvement in our sleep and we didn’t notice any improvement in our skin or general face appearance (damn) Possibly longer term abstaining may see you sleeping a solid eight hours, waking with baby soft skin but I’m just not sure that’s possible with a crazy one and a half year old keeping you on your toes. All in all, a really worthwhile attempt at dry January and we’ll be changing our drinking habits (slightly) from doing this, definitely, for sure, just ignore that as I type, I have a glass of red in one hand, oh well 🙂 Cheers!

One thought on “What Dry January Taught Me”