When you find out you are pregnant, if it’s your first nothing really prepares you for what is about to happen to your body. As much as you can read lots of books or speak to other women who have had babies and hear about their pregnancy aches and pains, you never really know how your own body will handle it. Again just like giving birth, it’s a total unknown. You don’t know whether you will embrace it and breeze through, or hate it and get every side effect going. Personally, I didn’t mind it too much, although I had horrible morning sickness in the beginning, then I suffered from Pelvic Girdle Pain towards the end BUT despite this, I didn’t mind being pregnant. I read lots of blogs and books. The blogs gave me the real women experiences and the books, the hard facts. I wanted to write a post about all the things that happened to me that I wasn’t necessarily expecting. Things that I liked, that I wasn’t prepared for, that annoyed me or that were downright irritating! 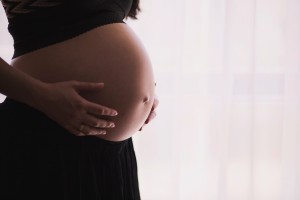 Morning Sickness. First things first, lets not lie, its not really just the morning now is it. Obviously every woman is different, but my sickness lasted the ENTIRE day! From the moment I opened my eyes in the morning, to the moment my head hit my pillow at night. It was like having a permanent hangover for three months, some women have this for their whole pregnancy. It really isn’t very nice, especially when you’re trying to hide your pregnancy from work colleagues and are having to rush off to be sick when someone heats their leftover fish pie in the kitchen microwave. I also found that  random smells  could tip me over the edge. For me one culprit was a woman at work who ate the same lunch every day (EVERY DAY!). She warmed up spicy, shop bought cooked chicken in the microwave and oh my god, it made me want to hurl. She sat opposite me and was oblivious to my green face, as I sat nibbling dry crackers.

Going off healthy food. This follows on from the one above and it just doesn’t make sense. You are growing a baby yet your body rejects all good foods, has it gone insane?! I could only consume beige food during my sickness stint, those being crisps, potatoes and pasta. I completely went off vegetables and salad for three months, surely that’s bad right? Its not, its fine but I panicked about not getting enough vitamins and made my husband buy me a juicer, which I used for about three weeks before the juices started to remind me of being sick, so I stopped making them and went back to my pasta and crisps until the sickness passed.

Breaking Wind. Now, this could have just been me, and in which case, awkward, but hopefully not. I’m almost certain other pregnant women experience this too. I had a lot of wind when baby O was in my tummy. Obviously I do trump on the odd occasion, you know, once or twice a year 😉 but something about being pregnant sent things into overdrive! My poor husband – every night as we lay in bed together (after I’d been winched in to it mind) we’d drift off to the dulcet tones of wind being broken and me laughing hysterically.

Melt downs. You will have at least one major freak out about being pregnant and its totally okay to do this. My big one was after a weekend of bad sleep staying with family, driving back in the car I suddenly began sobbing. Mid nose bubbles I wailed, ‘I caaant doo thiiiis’ and ‘I don’t want to do thiiiiiis!’, much knee patting took place then ten minutes later, all was well again. I think especially when you’re feeling a bit run down, things can take hold of you and scare you a bit, but it’s always going to be okay, don’t worry if you freak out, its totally normal and acceptable.

Drunk people are annoying. We all know this, but this is exaggerated when you are pregnant and sober. At a friends leaving party in December (when I was already cross about not drinking) I watched all my friends descend from semi-normality into total mayhem. I was asked numerous times if I wanted a chair to sit down and I was asked numerous times what it was like to watch everyone else get drunk whilst I was sober and I was asked non stop if I was okay and feeling alright. All of this was done whilst shouting right in my ear hole and spraying my face with spittle, mmmm.

What pregnancy glow. I never got the ‘glow’, I personally think that’s a total myth made up by a MAN! My skin was actually worse when I was pregnant, than when I wasn’t! Also be prepared for the random brown patches on your skin. I got three on my forehead, these patches are called Melsma, I didn’t mind them too much but it looked a bit like they were stains. Someone even tried to drunkenly rub them off!

Not being able to shave. Forget about your bikini line, you can’t reach down there anyway, just go with the fro 😉

The never-ending texts as your due date nears. At first you find it sweet that people are concerned and interested in whether your baby has arrived, but after the 50th text from the same person, you grit your teeth and text a polite ‘no baby yet! :)’ reply. I wanted to start sending sarcastic replies in the end saying, ‘YES! I had the baby weeks ago! Didn’t I tell you?!’ You end up ignoring these messages, sometimes its easier just to say nothing.