There’s been a distinct lack of posts on here this past year (anyone noticed?!) with only six written to date. I’ve been feeling a bit indifferent and detached from writing, as much as I enjoy it, and I’ve felt less and less need to write on here. It filled a space for me before, I had lots of free time before Olivia started school, it gave me something to do while she was at nursery, napping during the day or if I just wanted to ignore her (!) It gave me some purpose and a chance to use my brain (tiny Homer Simpson brain that is). And also, with our fertility problems, it helped writing everything down, I found writing very cathartic. But now I work two days a week my time is taken up with lots of other things and the few times I’ve sat down to write, nothing has come. And also, if I’m completely honest, I’m a bit bloody bored of writing about my fertility nonsense. Quite frankly, I’ve had enough of it. 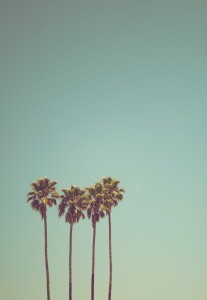 There’s no pretending, infertility has pretty much blighted my life for the past four years. If infertility were a person, I’d punch it in the face. Hard. Many times. There is not a day that goes by when I don’t think about it, wonder if something has happened or think ahead to the future etc. The first two years were perhaps not so intense because we were naive of what was to come, but definitely the last two have been so, what with three rounds of IVF, a missed miscarriage, some chemical pregnancies, endless appointments, fanny scans (everyone, gather round, take a look!), drugs and finally a new path to find ourselves on. Without sounding too woe-is-me (but bear with me while I do) it’s been quite hard at times. There have been many dark days and there still are. My miscarriage was two years ago now but should I sit and think about it a little too much (self-torture lets call it) I am instantly transported back to the scan when I was told, ‘there’s no heartbeat’. I think maybe that I’ve nearly reached my limit with it all. I’m fed up of the waiting and not knowing, of taking pills that make me feel blue, of the teenage spots, of the aches and pains that always get me wondering, of the negative tests and of the insane internal thoughts. I’m fed up of holding back, of not going to fun hockey socials or someone’s birthday drinks because I’m taking medication, because I can’t drink, because I’ve just had treatment, because I might be pregnant, because, because, because. I want to be the person I was before all this shit started.

We have been seeing a new consultant since March, and he is completely the right person for us. The person we wish we’d known about four years ago. Under his care I have to take steroids to suppress my immune system. I take these for roughly ten days each cycle and a pretty rubbish side-effect is that they give me insomnia. So that’s about eight months of crap sleep when I’m supposed to be all zen and calm. It royally sucks. Oh and still no baby. We have thrown everything at this, including £20,000 of our own money, I’m beginning to feel like there isn’t much else we can do.

With the writing, because I’m on a continuous, rolling treatment plan, there is nothing for me to share. No joyful update, just month on month disappointment, which isn’t fun to read about let’s be honest. I just don’t feel the need to document everything anymore, hence being absent on here, however I will still continue to write. This blog still has a place in my life.  I just don’t need it quite as much as I did. Like Ross and Rachel from Friends, we’re taking a break.

I saw a quote on Matt Haigs Twitter page a while ago that stated, ‘Want what you already have‘ and this really resonated. I am constantly yearning for something I don’t yet have. I am forever counting days, wishing time away, moving from one cycle to another. I need to stop chasing the elusive and start living. So, there is a plan of sorts and I feel like a bit of weight has been lifted. An end is perhaps in sight and this is a positive thing. We will throw a few more things at this, ending perhaps with one final round of IVF. Obviously ideally I will be pregnant but if not then we will consider stopping this nonsense and that is the right decision I think. I will never stop wanting another baby, but life is too precious to be veering off the main path like this, heading down a bumpy side track (does that analogy make sense?!) I need to focus on what we have, our awesome daughter. Oh and get a puppy 🙂