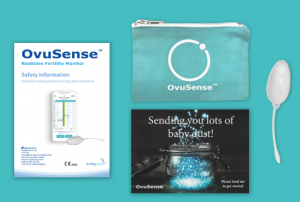 On the device itself, you don’t wear it during your period but can start once that’s finished. You wear it at night (You need to have rested for roughly six hours to get a reading) You download the data onto your phone the next morning (for some phones you might need a separate ‘reader’ device) and it uploads your temperature to the chart on your phone APP. From this it can predict your fertile window, which it shows via a coloured area on your chart, and it updates this information regularly during your cycle. After a few days use post-period it can (hopefully) predict the onset of ovulation – the chart changes colour – and a few days after you ovulate it pinpoints the date as to when this happened. How it works exactly is explained here.

I spent a good few days researching and reading up, I found two reviews on You Tube by the same Vlogger on the Ava Bracelet and Ovusense which I found really insightful. I also contacted the brand via Instagram with some questions, which they answered helpfully. I bought and received the device early December 2018. It was pretty easy to set up, you just download the APP onto your phone, connect to the device and away you go. I’ve used Ovusense for eight months now and below I’ve highlighted my pro’s and con’s for you. 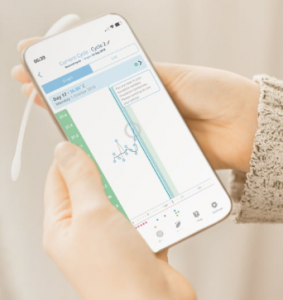 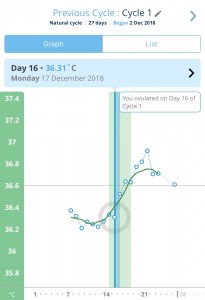 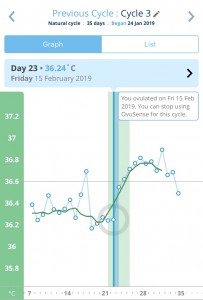