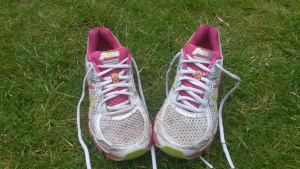 I’ve run one half marathon before, funnily enough (or not really, because some of you don’t know her) with said friend Dawn. It was Nike’s Run to The Beat marathon and it was bloody hard work. Our training was going really well until a few weeks before the event and another friend dropped out due to pregnancy (there’s a theme here) and Dawn had committed to a few other run’s so didn’t want the extra training with little old me, so I was left to fend for myself. What I should have done was truck on, but what I did was stop my training and rather cleverly, the week before the event,  had a really boozy weekend, thus undoing any good I had done. The race itself was really hard work but running with Dawn got me through it and I managed a respectable two hours twenty minutes. This time round however I’m running alone (sad face) potentially with Dawn’s better half Adrian but to date he’s done no training so lets leave him out for now.

I started seriously (seriously) running again at the end of May and have managed to get myself up to just sniffing the backside of eight miles, however a weekend away at Latitude festival has undone that good work and I’m now huffing and puffing my way back up to five miles! I’ve got two weeks before a holiday in France that will undoubtedly undo some more good work, damn that bread, wine and cheese yum-ness, and then, then we’re into what I call ‘the red zone’. The red zone means I’ve just got two months to go, but I reckon I can do it, I’m going to do it.

That’s my story, if you can spare some cashola that would be amazing. My Just Giving page is here, you can donate online or you can pay via text which is free, bar your donation of course. To donate via text, send: BBHK80 £(the amount you wish to pay) to 70070, e.g. BBHK80 £3 easy peasy. 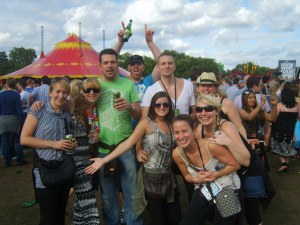 The dude in green, that’s who I’m running for

Big love and thanks in advance, I’ll let you know how I get on! x

2 thoughts on “I’m running a half marathon!”