Chatting to another mum in the park recently, we both recognised that we have already started to hear other children (generally older) telling our daughters ‘no’. Little things like, you can’t come on the slide because ‘you’re a baby’ or ‘no you can’t play with us’. It seems that meanness starts to creep in, even at such a young age. Both my friend and I agreed of the importance of trying to raise our girls to be ‘strong’. And by strong, I don’t mean so that my daughter can physically fight back, windmill arms style (although occasionally this might be needed, see later point below), I mean that I want her to be able to stand up for herself, know when people are being mean or unfair and be able to hold her own. 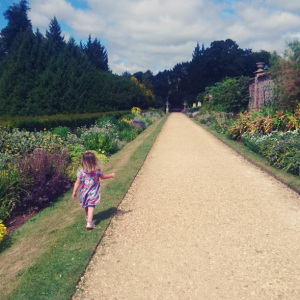 It’s a bit ridiculous that these petty playground scenarios have got me thinking about this, but they really have. The dynamics of how my daughter interacts with others, how she treats others and how she is treated really makes me think. OK yes, the reality is she is only three, and I suppose part of growing up is these playground quibbles, they probably can’t always be stopped. But raising a girl who believes in herself, knows what she is able and allowed to do, that’s my definition of her being strong and I think that’s what I’m aiming for here.

When I was growing up, I wasn’t a strong girl. Pig headed and stubborn yes, but not strong. And certainly as a moody teenager, I really didn’t believe in, or think much of myself sadly. That’s not to say that I wasn’t taught these things when I was younger, I quite simply wasn’t listening and without school or media to hit home the message on top of what your parents teach you, well, the message didn’t carry through. I also think it just wasn’t a ‘thing’ when I was growing up, whereas now, teaching girls to be strong and to believe in themselves is at the forefront of a lot of media campaigns right now. There are great campaigns like #thisgirlcan and companies like Women In Sport pushing forward the fact that girls should and need to play sport (the majority stop when they hit 14) I’ve learnt to become strong as I’ve gotten older. I’m not a follower anymore, I believe in myself a lot more and I now respect and understand my body more. These are the things I want to teach my daughter from a young age, so she believes these things from the outset.

Thinking about writing this post, I recalled a memory from long ago. It’s one that saddens me a bit, because I recognise how weak I was as a teenage girl. Invited to a house party with a then boyfriend, I was cast aside as an older girl openly flirted and played ‘games’ in a swimming pool with said boyfriend and another boy. It didn’t help that I was hugely embarrassed about my body and had zero self confidence, so I sat at the side of the pool and helplessly watched. I wasn’t strong and I didn’t believe in myself enough to be able to stand up for myself. It also didn’t help that my boyfriend at the time was a total w***er. Faced with any similar situation, I only hope that I can raise Olivia with more fire cracker power, that she’d punch that boys lights out (now here is where I feel some mild physical response to said boy would be good) and flounce off home, looking incredibly cool.

We don’t own our children, we’re merely their keepers until we release them into the world, so we need to give them as much armour as possible before that happens. Seeing how my girl interacts and how other children treat her, really makes me think of the individual I want her to grow into and how much I can where possible, guide her. I’m fully aware now that my responsibility as a mother, is that I owe it to this girl to raise her completely believing in herself. I want her to believe that she can do anything. And so long as she believes she is strong, then anything is possible. 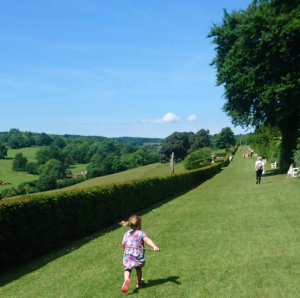