Having told a number of people that we were doing IVF back in September, then experiencing a missed miscarriage in November, it’s safe to say we wanted to be more guarded before we undertook anymore treatment. Too many people knew before, too many people knew we’d be getting a result soon after treatment and that put a huge amount of pressure on me without realising. Knowing we had one frozen embryo to go we decided to do this round in secret – well, it’s not really ‘a secret’ but we made the mutual decision not to tell anyone. Not even close family, which was a big deal for me. 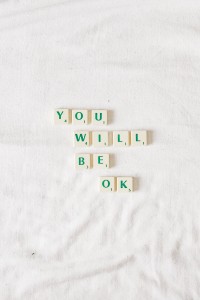 Looking back over the last three months, in hindsight (urgh) we went into our second round incredibly naively. Until we sat down with a nurse in March, we didn’t know that I’d be put on something called a, ‘long protocol’. This meant taking medication for a month and a half, to shut down my monthly cycle and effectively put me through the menopause (I know, right?!) This all had to happen to prepare my uterus lining for the embryo – Stop trying to picture my uterus, I know you are! Taking the medication, which consisted of injections for a few weeks, then some little blue tablets three times a day, killed my immune system during this time. Olivia is a germ machine and regularly sneezes in my face (she loves me) She gave me a cold over Easter, which quickly turned in to Bronchitis. This left me physically and mentally exhausted for about three weeks, all the while freaking out about the drugs I was taking not working effectively. That was basically my April. Fun right? Amazingly despite feeling pretty sick, I was well enough in the end for the transfer to go-ahead. I felt quietly confident about getting a positive result again, it having happened before. I dutifully listened to my meditation scripts, took my drugs, ate well, slept loads and looked after myself during the tortuous two week wait. On the day of testing, we got a really feint line on our clinics test, then a positive result on a Clear Blue one the next day. We had a glorious few days of inner excitement, however towards the end of the following week, I just wasn’t feeling it, my body didn’t feel different and I knew it hadn’t worked. We did another test which confirmed what I thought, ‘not pregnant’. Devastated doesn’t really cover it.

I’m realistic enough not to be massively surprised that this round didn’t work, given the physical state of my body. Obviously I have no actual idea what happened, but I think my body was just not ready for a pregnancy to go ahead. Right now, I feel mixed emotions really. I’m still teetering on the edge of tears at times, I’m at that stage where if anyone is too nice to me, then the waterworks flow. And I’m angry, really angry. Angry about the failed round, and also angry at my clinic. I feel we went into this round completely blindly. I feel they didn’t advise us fully before we agreed to freeze the second embryo. I realise there is very little time in-between egg retrieval, developing them in the laboratory, to them going back in (it’s essentially a rather fraught five day window), but I feel a discussion should have been had during this time, informing us on what a frozen round entailed, before we agreed to anything. I was 38 back in September, I’m 40 this year, I believe they should have advised us to consider putting two embryos back in. Had I known in September, what I know now, I never would have agreed to do a long protocol frozen round. Never.

For now, the next step is to quite literally take a step back and do nothing. We have a review with our consultant in July, which is fine because I need some time away from IVF to get my emotions in check. Physically I need a break, time to get my monthly cycle back to normal (whatever that is!) I feel like my body has been shut down, re-started and re-booted so many times now that it needs a break, especially from all the medication it’s been on. And I need to get my focus back to the one amazing child that we already have. I’ve been so obsessed with trying to get pregnant, that I’ve neglected the awesome little person that’s already here. She is my priority for now. IVF can wait.