In the last three years, I’ve found myself seeing and wishing on all the signs possible. Be it a clear blue sky, a shooting star (yep, I’ve seen one in this time), a lone floating dandelion seed, a perfect shaped cloud, I’ve seen and I’ve wished on them all, and yet, I still find myself stuck in an eternal groundhog cycle. The same pattern of roller-coaster emotions every month. I get my period, I despair, then I have hope during the fertile window, then there’s the horrendous two week wait, then I get pains, signals, signs, I wish, I am pessimistic but I hope and then, as always, my period comes. This on repeat for the last three years. 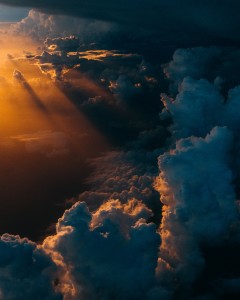 I had no idea that there was such a thing as Secondary Infertility. I discovered it during one of my many Google searches after several months of unsuccessful trying and thought, this is it! This is what our problem is! But whilst it’s a label as such, Secondary Infertility isn’t a diagnosis and despite not having anything specifically wrong with either my husband or I, we have yet to get to the bottom of why we can’t conceive again.

My husband and I started trying for another baby soon after our now four year old turned one. Things started to go wrong a few months after we started. I caught a viral sick bug, then had an out of character mid-cycle bleed, then had implantation bleeding which resulted in a positive pregnancy test. That transpired into an early miscarriage, probably the result of a chemical pregnancy. From this point on my monthly cycle went AWOL. I had phantom pregnancy symptoms on and off for a few months (which was fun), I started to experience intense period pains and my fairly reliable 30 day cycle became incredibly unreliable. Every month was a lottery, waiting to see when my period would come. Sometimes day 24, sometimes day 34. Just when I’d start to get hopeful and think about buying a pregnancy test, my period would come the very next day. Things just weren’t working.

I went to my GP and got referred for fertility tests, the worrying one that came back was my AMH which was low and an underactive thyroid materialised out of nowhere (this can happen after having a baby apparently). We saw an NHS Fertility Consultant who was useless and told us to, ‘go away and have more sex’. We then paid to see a private consultant who put me on a course of Clomid which sadly didn’t do anything, soon after this we decided to start the (self-funded) IVF ball rolling.

Nothing prepared us for the minefield that is IVF, it’s like a brutal gameshow. You’re constantly waiting to find out if you’ve made it through to the, ‘next stage’. It’s incredibly draining. With the first round we did, I didn’t respond well to the drugs and our clinic made a call to cancel, an abandoned round. This knocked me for six but their explanation made sense. They recommended we try IUI instead, which we did, but that didn’t work. We took some time out, then tried again a few months later. This time my Consultant upped my drug dose, and my body did what it should, which meant we could proceed with a fresh round. I felt incredibly positive and just had a feeling it would work, and amazingly it did. Out of 5 eggs collected we were left with two, and out of those two, they put one back in and one on ice. The two week wait was horrendous but I felt the right tweaks and pains, I had a good (small) feeling that it just might work. And it did, we got our positive result.

We were so happy. I had a 6 week scan with my clinic and I felt incredibly sick, we were on the right track, when suddenly in week 9 my sickness stopped. I had a 10 week scan booked with a private clinic in London, which happened to fall the day before we flew on holiday. I went alone and sadly found out I’d had a missed miscarriage. We were devastated. We still flew on holiday, which was an incredibly hard ten days, but being away from our everyday lives was the best tonic at that time. I had an EPRC a few days after returning and it was an incredibly sad time for me and my husband. This all happened just before Christmas and by the end of February I’d started to feel ‘normal’ again so earlier this March we decided to give our frozen round a shot.

In hindsight we went into this round completely blind. We had no idea that it entailed me taking drugs for a month and a half, putting  my body through the menopause before getting anywhere near transfer. What I found was that I lost focus, I lost sight of the end game because the cycle dragged on for so long. I felt sick, tired and downright miserable. The drugs I was on broke my immune system and a simple cold I got quickly turned into Bronchitis. I was physically exhausted, but thankfully despite all this, my lining was thick enough for transfer to go ahead. Our Embryo defrosted perfectly and again the signs were good. I felt quietly confident. On the day of testing, we got a feint line on the clinics test and a positive result on a Clear Blue one the next day. We had a glorious few days of inner excitement, however a week later I just wasn’t feeling it. I knew it hadn’t worked. We did another test which confirmed, ‘not pregnant’. Another chemical pregnancy. Such a cruel blow.

So with a chemical pregnancy, a pregnancy, missed miscarriage then another chemical pregnancy to show for my troubles, I’ve picked myself up again and dusted myself off more times than I care to remember, but the main thing is, I carry on, I always do. I am lucky in that I have one awesome child already, but it doesn’t mean that I don’t constantly feel like I am stuck in limbo, whereby I can’t move forwards, I can’t grow my family and give my child a sibling. Not a day goes by when I don’t think about my situation, where I don’t wish that it would change, where I don’t think that we deserve a second chance. We hope to try another IVF round in the next few months, but here’s to hoping. I’ll keep wishing on those signs for now.