Toddlers, the mini tyrants of this world. They are the Kim Jong-un of the small people. We love them but toddlers are hard work, fact. Anyone saying otherwise is delusional, lying, or has help. And despite being so little, they contain a huge amount of energy that springs into action from the moment they open their eyes in the morning. I’ve yet to find an off-switch. Especially when mummy has a hangover. When I think back to those early hazy days with a new-born, they’re like the holy grail. Okay, okay so there are some sleep issues and you’re running on empty, but when you finally venture out of the house, leaky boobs strapped down and downstairs bits not aching anymore, you can generally sit (or do the manic rocking holding the baby) and drink coffee and talk to friends. And I mean, actually have a proper five minute conversation uninterrupted. You’re not having to physically grapple muffins you haven’t paid for or chase after your child whose legged it with the next tables pastries. These are some tasks that are utterly impossible with a smallie in tow. 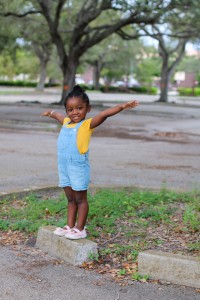 Anything involving a waiting room: Be it Hospitals (particularly awful) Doctors or Dentists, waiting rooms are my idea of actual hell these days. The mere thought of them brings me out in a cold sweat. You have the internal stress before arriving, because you know you’re going to be kept waiting at least fifteen minutes or more. There is rarely wifi that works and of course if you’re like me, then you’ve run out of data on your phone. My kid has a huge aversion to sitting still, she just can’t, it’s impossible and she thinks it’s HILARIOUS to run up and down, in and out of old people wobbling in their seats. I spent the entire time waiting, panic running around after her, muttering apologies to people. Joy.

Food Shopping: If I ever see other parents shopping with their children, sat happily in a trolley, I can’t help but choke back disgust. How is that possible! What sorcery are they using?! This never happens to me. I do online food shopping of course, I’m not stupid but every now and again, I forget that I own a mini destroyer and go to the shop to ‘grab a few things’. Grabbing a few things, usually turns into panic buying one banana and a packet of dry spaghetti and running out of the shop weeping. My kid is one of those children who wont sit in the seat in a trolley, nope, she wants to sit in the main bit whilst hanging over the side. In doing so it always causes old ladies to stop and tell me to, ‘please be careful dear’. Obviously kids just want to stand up in trollies, try and injure themselves, whilst pulling as many things off of the shelves as possible. Slowly causing your blood pressure to rise. Muttering empty threats under your breath never seems to work.

Going to the Post Office: The main problem with this particular task is that I walk to the Post Office, thus arriving a bit hot and bothered. For some reason the Post Office temperature is set at 40 degrees, possibly to make you buy cold drinks and ice creams on exit, so when I join the queue I have to remove all outer clothes immediately. Just as my top lip sweat is subsiding, it’s usually about now that the kid goes into meltdown mode. She’ll start to moan and shout, and say things like, ‘why’s that lady standing there’ when it’s clearly a man stood in front of us. If I’m foolish enough to give her the cards I’m about to post, you can guarantee that she’ll fold them in half or tear them open. Silly me. I always leave stressed, having overpaid for guaranteed delivery because I wasn’t listening to the person behind the desk.

Going into a Coffee Shop: Now the problem here is that I often visit coffee shops with the kid and in order to get five minutes peace, I’ll get her a juice or babychino (cringe word) and probably a cake of some sort. The issue now is that if I just want to dash in and get a takeaway coffee (always get your coffee in a takeaway cup people, just in case) the kid knows that if she screams and shouts for a juice or yells, ‘I WANT A BABYCHINO!’ (which is so middle class, yah) that I’ll give in through sheer embarrassment as she attempts the crocodile death roll despite being strapped into the buggy. I always emerge red faced after she has yelled the place down, whereas she emerges triumphant with juice and cake in hand.

Parking: I’ve recently discovered that it’s incredibly hard to reverse park a car, whilst being shouted at by a small person. It somewhat distracts you when you’re being asked important questions like, ‘DO YOU LIKE THIS SONG MUMMY! MUMMYEEE, MUMMYEEE! WHY ARENT YOU LISTENING TO ME! DO YOU LIKE THIS MR TUMBLE SONG?!’ I blame her for 90% of my terrible parking nowadays. I also often get random things thrown at me whilst driving, like a cuddly toy, an empty bottle of water or maybe a used tissue. The threat of telling the Police never seems to work.

Talking on the telephone: Let me lay out the scene for you. I need to phone my mum, so go into the kitchen leaving the kid watching Cbeebies. This should buy me some time to chat. After approximately 30 seconds of chat, the kid enters the room and demands, ‘WHO IS IT MUMMYEEE?! CAN I TALK? LET ME TALK! I WANT A SNACK! LET ME TALK! SNACK NOW!’ And so on and so forth, until I give up and let her say hello and give her a snack. Once given the phone she’ll stand there silently heavy breathing, whisper talking at whoever is on the line. So I’ve become one of those parents, who I swore I’d never become, who lets their child speak on the phone, but only because the pain of moaning just simply isn’t worth it.

3 thoughts on “Impossible Tasks With A Toddler”