You’ve had a miscarriage, it’s awful, horrendous – the most empty feeling there can possibly be. To have been pregnant and then not. If you’re anything like me then you’ve read as much as you can bear on various Google searches (read as horrendous chatrooms) You’ve read about those women who fall pregnant a month afterward a miscarriage (urgh), read about why it might have happened, the odds, that it wasn’t your fault etc etc. But other than reading things that might drive you a little crazy, what else should you be doing? From my point of view, moving on from a miscarriage has been a slow and steady process. I like to think that I was lucky (ha, I try to find the positive) in that mine happened very early on and beside my boobs – which were enormous – my body had only just begun to physically change. It’s obviously very different for all women, and no doubt how far along you were is a huge factor, but here are the things that I’ve realised I have had to accept, or things that have helped me cope with this rather horrible experience. 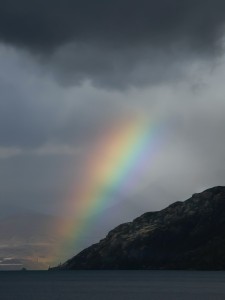 Accepting that emotions will catch you off guard at times. I’d like to think that I’m at a point now where it doesn’t upset me anymore, but tears can still spring out nowhere. I randomly burst into tears talking to a neighbour the other day as she asked, ‘how did it all go?’ having last seen me when I was talking about having IVF. I also had a little weep after playing hockey at the weekend. Our season has wrapped up for now and my team (those who know) have supported me so well, and playing has been such a distraction for me, I felt empty. And listening to my IVF meditation scripts again brought on a wave of sadness. The last time I’d had them on, I was listening to the pregnancy scripts, but now I’m back listening to the preparation ones again and that was incredibly hard. Little things still make internally scream, like baby on board stickers on coats and baby in car signs, ergh – sorry, not sorry. I hate them. I think just accepting that this is how it is for a while, helps me cope a little.

Find what makes you happy. For me that meant getting back my fitness and playing hockey again. I needed that to focus on and that feeling of being part of a team again. I felt so mentally weak, that the thought of making my body stronger drove me on. I started back with my hockey training and playing matches again, and I also started a strength fitness class. Having finished playing my last match of the season on Saturday I can honestly say that I feel the strongest I’ve ever felt and to me, that’s a great place to be in, four months down the line.

Talk about how you’re feeling. I talked to my husband, family and friends and at the time I felt that was enough for me. However fast forward a good few months and I knew I needed more help. I booked myself some counselling appointments and cried my heart out. In hindsight I would’ve perhaps booked CBT Counselling as the lady I spoke too just sat and listened, adding in the odd question and I needed more than that. But still, it was good to let it all out – and given this was months down the line it shows how bottled up some emotions had been.

Unfollowing certain people on Instagram. Social Media can be a cruel reminder of your situation, lots of pregnancy announcements with the scan photo (which I just hate in general) however I’ve stuck with it because I enjoy it. More recently however I’ve started to feel negative about yet another scan bloody photo, so I’ve started to unfollow these ladies (sorry!) It’s a self-protection thing I guess. Something that got me thinking about this, was listening to a podcast by Alison Perry (Not Another Mummy Blog) where she interviewed Izzy Judd, who has been through the whole IVF and miscarriage sh-bang. Izzy talked about removing those from your life who aren’t making you happy and it all made sense really. OK yes Instagram isn’t my real life, but if I’m looking at peoples photo’s and they are bothering me, removing them makes sense.

The most simple one really, is looking after yourself. My miscarriage happened right before Christmas, so this meant a lot of drinking over the festive season, which in turn meant bad sleep and bad food etc. I then had about three birthdays back to back in January and February which just continued the theme. I realised I wasn’t looking after myself when I wrote this post and I realised that alcohol was the key to a lot of what was making me feel bad around this time. I then read this book, and that helped me make the decision to stop for a while. Unsurprisingly enough, my sleep has been really good and I just generally feel good about myself. It’s been nearly a month now and I hope to keep going for a little while longer yet.

The last one is the one that everyone will say to you, and that’s giving yourself time. It’s frustrating to hear this but it’s true, time ultimately will be your healer.