Have you heard about or do you know what ‘Self-Care’ means? Is it something that’s on your radar or is it more in the Bermuda lost triangle zone as far as you’re concerned? Do you even know what I’m talking about?! Self care is essentially about taking responsibility for yourself, your health and mental wellbeing. It essentially means to look after YOU. I knew of the term but despite doing a lot of things for ‘myself’ I didn’t really acknowledge that what I was doing was called ‘self-care’. Listening to Women’s Hour on Friday (I know, I’m WILD) there was a segment about this topic, where it took one woman finding out she had cancer, going through all the treatment and coming out the other side, before she realised that she hadn’t been taking care of herself at all. She realised pre-diagnosis that she’d been burning candle at both ends, running herself into the ground working and partying too hard. Having cancer made her realise she needed to slow down and start loving herself a bit more. The programme really got me thinking. Certainly leading up to IVF I was really good at meditating on a regular basis, I was getting loads of sleep, drinking loads of water etc but then the pregnancy and sickness stopped all of that, and then after my miscarriage everything went to shit, quite frankly. I went off track by way of rebelling and showing my anger I suppose. I stopped doing all of the things that were good for ME. I realised that I hadn’t been looking after myself at all. 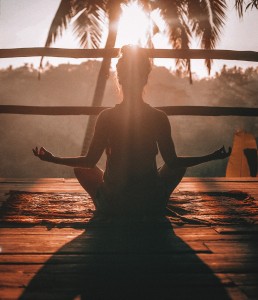 Self care really can be in any shape or form. It could be playing sport, meditating, yoga, lighting a candle and lying under a blanket for twenty minutes when everyone is out of the house (because you’d totally get bothered if the kids were about) or having a solo coffee and cake. Basically making time to look after YOU. As a parent I think self-care is something that probably passes the majority of us by. I know it’s a slightly hilarious thought as many barely have time to dress and shower themselves every day, bar find ten minutes to get ‘zen’. Perhaps being aware that you aren’t making any time for yourself is a start. It’s great to concentrate on the kids and family, but if you’re feeling knackered and pissed off, then that feeds through into the mix. Let your self-care kick in.

2 thoughts on “Treating Yourself To Some Self-Care”