In my desperation to have another baby, we have traipsed from consultant to consultant, plodding along the fertility conveyor belt. Despite having had a pretty straight forward and easy pregnancy with my daughter it has seemed that my body simply doesn’t want that to happen again, thank you very much. Shutters down, closed for business. My last post back in October 2019 on this topic, talked positively of seeing a new consultant, but admitted that I was finding treatment hard with the drug side-effects (I was about eight months in at this point) And in amongst all this, I knew in the back of my mind that should we not be successful that I wanted to do a final round of IVF. I was adamant that this was our plan. In my head, another go at IVF meant we’d magically be given twins. I know. idiot. However COVID hit and forced us to take a break from it all and dare I say that this actually turned out to be an incredibly positive thing. 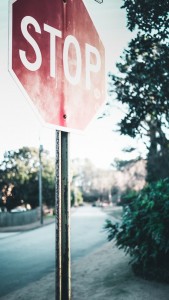 My husband and I started trying for a second baby in 2015, which seems like several lifetimes ago now. I had my first chemical pregnancy that same year and things went a bit bonkers from here on in. We saw an NHS Fertility Consultant in July 2016 who was incredibly unhelpful and by now, for whatever reason I had already decided I wanted to go down the treatment route so we saw a private consultant a few months later. He prescribed me Clomid (a drug to give you a mega ovulation, think lots of eggs pin-balling down your ovaries) which did little bar send me loopy. We moved on and started IVF, doing our first cycle in May 2017. This actually got cancelled because I didn’t respond to the drugs, but we tried again in September that same year and had success. One little embryo was transferred and I became pregnant, which was amazing. However fast forward to week 10 and I had a missed miscarriage. I didn’t let myself heal from this, instead pushing for one more try as we had a frozen embryo to use. I endured an awful FET (Frozen Embryo Transfer) cycle in April 2018 which resulted in another chemical pregnancy. PHEW. This is a lot already in the space of two years right?

After a short break, in February 2019 we started seeing a new consultant whose main remit was to test and treat immune issues. After parting with thousands of pounds (insert slightly hysterical laugh) and discovering a few potential issues, I started taking steroids to suppress my immune system. This did feel like the right direction for us at the time, however several months later found me with only 3 chemical pregnancies and some horrendous medication side effects to show for my efforts. I would have blindly carried on with this treatment because I was so desperate but COVID hit and taking the drugs would have put me in the ‘at risk’ category, so it was a no brainer and actually an absolute relief to park this.

This long winded path has found me here. The longer I was off the steroid medication, the better I started to feel. My fitness and health came back and I realised my body desperately needed to heal. I discovered Rosie Tadman, a Nutritionist via Instagram and in working with Rosie I finally found out what supplements I should be taking (after five years of self-medicating) She was certain that my body was depleted of various vitamins and we looked to fix this. It was around this time that my father also passed away and I needed some structure in my life. I wanted to focus on something positive and following Rosie’s plan really helped with this. Looking back, I now know that we shouldn’t have tried treatment so soon, perhaps finding natural ways to treat my body but I just wasn’t aware of those things at that time. I try not to dwell on this too much and to be honest, the path we followed has lead me to this point now.

Up until a few months ago, I was adamant we were going to do a final round of IVF this year. After everything we have been through, I was still willing to commit to yet more treatment. However, with the help of the wonderful Sarah Tobin in one-to-one session, I finally realised (lightbulb moment) and admitted I didn’t want to do it. I think I knew deep down but the desperate part of me wanted to carry on. Realistically there was no way I could bear the additional stress that IVF brings, especially after the loss of my Dad. I couldn’t go through it again. In making this decision, it is honestly like a dead weight has been lifted from around my shoulders. I also feel a bit like I’ve emerged from hibernation. I genuinely feel like I haven’t been my true self these past few years. I’m not going to lie and say that I don’t still hope for a miracle one day, that will never change but I no longer feel quite so sad about it all. I think removing the uncertainty of treatment has helped with this. I am finding that I am living my life more and being far more present. This is the best decision I have made in a long time.

8 thoughts on “End Of The Road For Fertility Treatment”